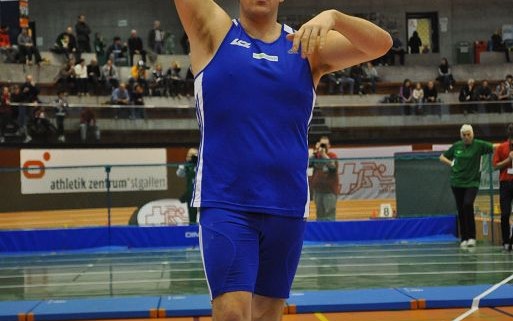 Sometimes things are so stacked against you that you feel like you cannot fail. It’s a similar line of thinking to the famous “two wrongs make a right.” That is how I felt on Friday and why I was so optimistic. In reality, however, the more things that are stacked against you, the more likely you are to fail. So the fact that I’ve been sick of the past week with my first illness in year, the fact that I didn’t throw the shot put much, that my technique is erratic, and that others actually focus all their energy on the event ended up winning. I lost. Badly. I took home a measly tenth place and was five feet under my personal best. But as I said on Friday, I had nothing to lose. I enjoyed the competition and will try again at the Swiss Outdoor Championships in August.

Once again, I came away from the weekend knowing that this fun goal is more than achievable. A small personal best would have won the competition. A throw near my personal best would have taken silver. And a throw almost a foot under could have captured the bronze. One of these times that throw will come on the right day and it still could have come yesterday despite being feeling like I had a case of tuberculosis. In the meantime, I always find it funny and motivating when coaches openly debate the favorites in front of my before the competition. It makes me feel like I’m not there. But it also makes me feel like the underdog again, which I don’t have in a lot of Swiss hammer competitions.

HMMR Media brings together the training resources though timely articles, podcasts, and videos. Become a member and get immediate access to our premium content.

The Latest on Training