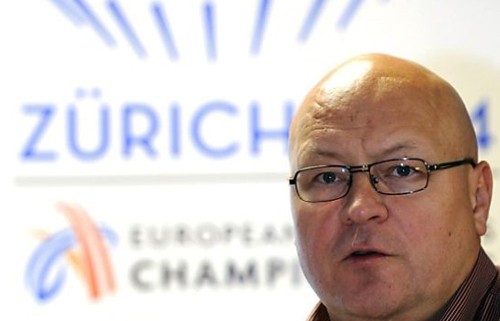 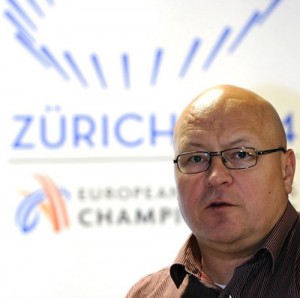 As time has gone on, Patrick Magyar, the outspoken director of the Weltklasse Zurich Diamond League meet, has let out some snippets of his views on the hammer throw. Magyar is a man we need to convince about the hammer throw since he not only runs the biggest Diamond League meet, but serves as vice chairman of the Diamond League and was CEO for the 2014 European Championships. Last year in an interview with the Basler Zeitung, Magyar said that the future of athletics should include less events, particularly the heavy throwing events since he does not feel they are as entertaining in a stadium. The hammer throw, for example, has fewer and fewer athletes so it makes less sense to include it in the big meetings. Swiss-Australian coach Jörg Probst has the full translation here. As I told Jörg, is it that the hammer should be excluded because it is not popular, or that the hammer is unpopular because it is so often excluded? As I documented in detail, the hammer throw has grown quickly in both popularity and participation once it started to be included in more meets in America. Maybe meets like the Diamond League are causing the problem instead of just reacting to the current trends in the sport.

In September of this year, Magyar spoke again and directly addressed the Klaas’ criticism in an interview with the German magazine Leichtathletik. The bad news is that he stated the hammer throw will not be in the Diamond League for 2013 or 2014. But on the other hand he provided the first ever explanation of what the “infrastructure” problems are (translation from German by myself and Jörg Probst):

Leichtathletik: The hammer throwers, led by Kathrin Klaas, have recently pushed very hard for the inclusion of their event in the Diamond League. Will this occur in 2013?
Magyar: No, and not in 2014 either.
Leichtathletik:Why?
Magyar: We had to take over the shot put from Brussels due to an international football match taking place there. The shot put was not approved because of the pitch. This demonstrates the problem. When a stadium belongs to the city, it gets difficult. Furthermore the heating under the grass is always getting closer to the ground. If it gets damaged, we start talking about repair costs in the six figures. On the other hand is the requirement for an extremely tall cage. This means the hammer throw has become an unfeasible event for a meet. In Zürich the hammer competition would have to be concluded before the stadium opens so that the cage can be dismantled.

Zurich has been an extremely strong supporter of the hammer throw. I train at a city-owned and -maintained facility. There we have the only facilities managers that have ever asked me what they can do to help me, rather than place limits on what I can do. Every Friday a three-person crew spends the whole day to repair our throwing field by replacing divots and keeping the field in great shape even though it is used exclusively for track and field. Our cage net has been repaired and replaced before it is even needed. They also installed a temporary net that we can throw into when there are conflicting training times. Rather than telling us not to train at those times, they developed and implemented this solution and have seen been coming up with ways to improve it before I could even give them feedback. They truly think of the athletes first.

It is true that the rise of heated pitches might pose a problem for the hammer throw. However the pipes in Zurich (and most stadiums) are not as close to the surface as many would make you think. I am not an expert on this topic, but at a depth of 27.5cm (11 inches), the piping should be safe from damage. Because the field is used for athletics, the heating is actually deeper than most fields. I have never seen a hammer sink half that far into the ground of a well-maintained field, either in a dry Zurich summer or even in the wettest of conditions. As the grounds crews in Zurich have already proven to me, they can repair anything, even a field that receives tens of thousands of throws a year. A half-hour competition should be no problem and should cause less damage than a soccer match played in heavy rain. In those cases, they often need to resod the field entirely. This is a risk that likely could be insured against and is obviously a risk Zurich is willing to take in 2014 since the hammer throw will take place at Letzigrund stadium for the European Championships and it would make sense that they should at least test the field before then with another hammer competition (it would be terrible for a pipe to burst mid-competition, create a lake or fountain in the middle of the stadium and delay the internationally televised event).

The cage is another issue mentioned by Magyar, but again I do not see a huge problem. The cage used for the women’s discus at this year’s Weltklasse Zurich is the same cage I use for hammer training and hammer competitions in Zurich without any problems. In fact I had to train for one week without a cage in August as they borrowed it from our training facility. It did not seem to hinder the meet too much this year as it was quickly taken down before live television coverage started. Even if a new cage is required, the cost would be a sliver of the multi-million dollar budget of his meet. And several other Diamond League facilities have hosted the hammer throw in the past few years already, thus proving they are able to do it (off the top of my head at least half of the the stadiums have hosted hammer since 2000, including Eugene, New York, Doha, Birmingham, London, Helsinki, and Stockholm). The Diamond League only includes each event at half of the meets, so even if a few facilities could not host it there is still a chance for the event.

As I’ve said many times, there would likely be less debate about the hammer throw if I or another Swiss thrower broke 80 meters. It is feasible to host the hammer, but the meets are not under enough pressure. The two Swiss diamond league meets are always looking for local stars to showcase and now there is no Swiss athlete among the world’s top 10. Organizers would go out of their way to accommodate a Swiss star. Even an emerging star such as young shot putter Gergori Ott was allowed to throw his junior implement against the world’s best shot putters in Zurich for the past two years. But this will not happen soon and none of the countries hosting a Diamond League meet have their top stars in the event, let alone an Olympic medalist or finalist. But creating this type of pressure will take a long time. What we can do now is continue to show everyone there is not a good reason to exclude the hammer throw and keep building support for its inclusion.